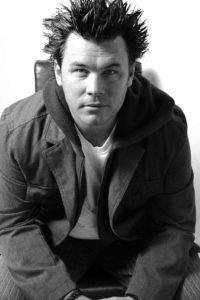 The Country Summer Campground, a haven for like-minded fans spending the weekend, is a new attraction this year. In addition to the campsite, individual campsite passes include access to the Camper’s Lounge and Country Summer After Parties at Grace Pavilion.

From 10 p.m. to 1 a.m. on Friday and Saturday night after the concert, there’ll be extended bar service, late night food options and country music featuring Dee Jay Silver, an RCA Nashville recording artist and top touring DJ, remixer and producer. Silver travels the world playing every kind of event and venue from the biggest clubs and high-profile celebrity parties to awards shows and major music festivals.

He signed a recording contract with RCA Nashville in 2013, becoming the first DJ to be signed to a major Nashville label. In 2014, Silver launched a nationally syndicated weekly radio show called “The Country Club with Dee Jay Silver” via the Sun Broadcast Group.

Broadcast in more than 70 markets, the weekly show, features up-tempo mixes and mash-ups of hits from country’s biggest stars and newcomers. Silver has shared the stage with artists such as Jason Aldean,

Thomas Rhett, Brad Paisley, Luke Bryan, Rascal Flatts, Eric Church, Cole Swindell, Tyler Farr, Kip Moore an many more. He’s appeared at many music festivals and was the first DJ to every play the Academy of Country Music Awards as well as the American Country Awards. Soon, he’ll be adding Country Summer to his impressive list of venues.

“Growing up in Texas, country music was all I ever heard. I was very versed in country music, so I have always mixed it in. Music and DJing to me are about being creative and relating to your crowd,” Silver said. “No matter what song it is, people will dance if it’s presented right.”

Not a camper? Country Summer concert-goers are welcome to join the after-parties too. Tickets, sold separately, are $20 in advance or $25 at the door, plus fees. Brush up on your two-step and don’t miss Country Summer’s first-ever after parties!